Dominic periodically works on trucks for other’s and in exchange he’ll get all manner of engines and other parts. 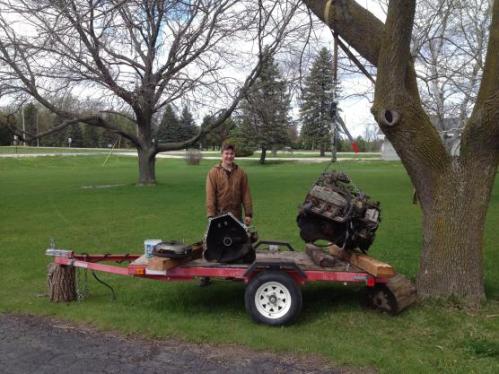 Separating a 460 and its transmission shade tree mechanic style.

That 460 and transmission were sold and another one appeared soon after. 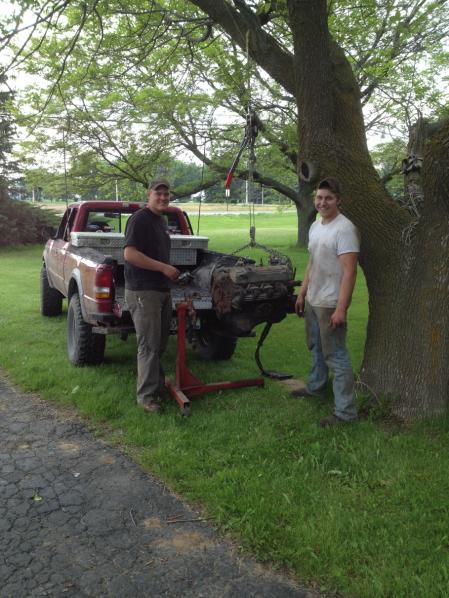 Same tree with yet another 460

This time it was placed on an engine stand which was not up to the task.

The engine was like an over 600 pound turtle on it’s back.  It was not going to be moved.  This necessitated the purchase of an engine hoist from Harbor Freight which were conveniently on sale that weekend.